My conference trophy has just gone through some improvements. We now guarantee their is nothing out there to match it. We use the best metal smiths who have the unusual task of working with wood. The result is a trophy even the players who have won this trophy will find hard to differentiate from the original. For me it is the ultimate compliment if displayed with our Vince Lombardi Trophies. For this trophy i have added a picture of my own personal display case to show you how these beauties look.

Use the note box above to enter the text for your plaque engraving, alternatively simply give me your chosen playoff game and we will take care of the rest for you.

Replica Lamar Hunt Trophy. The American Football Conference (AFC) Championship Game is one of the two semi-final playoff matches of the National Football League, the largest professional American football league in the United States. The game is played on the penultimate Sunday in January and determines the champion of the American Football Conference. The winner then advances to face the winner of the NFC Championship Game in the Super Bowl.

Since 1984, each winner of the AFC Championship Game has also received the Lamar Hunt Trophy, named after Lamar Hunt (August 2, 1932 – December 13, 2006) was an American sportsman and promoter of American football, soccer, basketball, and ice hockey in the United States and an inductee into three sports’ halls of fame. He was one of the founders of the American Football League (AFL) and Major League Soccer (MLS), as well as MLS predecessor the North American Soccer League (NASL). 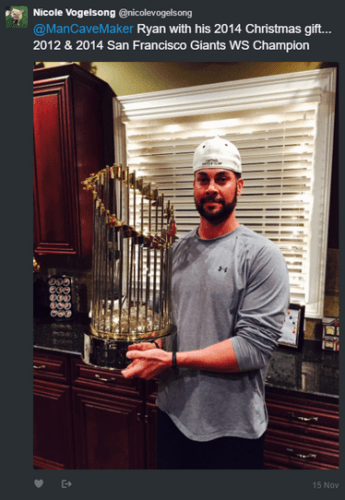